The 'Hall Of Fame' singer says his fellow coach is "nothing but an angel" following reports this week.

The Script star Danny O'Donoghue has come to the defence of Jessie J following reports of the female star's "diva" behavior on The Voice UK emerged this week.

The Daily Star claimed that the 'Domino' singer "caused chaos" during auditions with a source declaring her a "loose cannon".

Danny took to his Twitter account yesterday to hit out at publication Telly Mix – who published a similar story.

"Telly mix= bull**** story about Jessie , she's nothing but an angel #sourcesarelying," he wrote.

Jessie has also been vocal on her social networking account this week following the debut of the new series.

Check out a picture of The Voice UK line-up below: 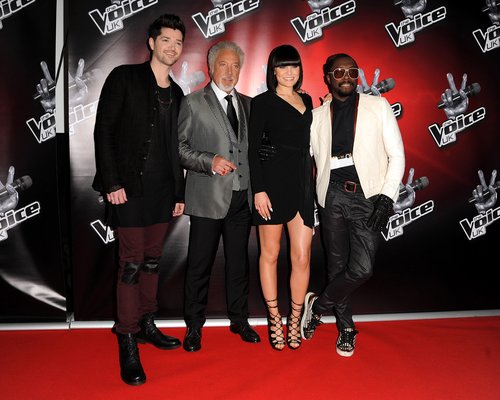 The 'Who's Laughing Now' singer hit out at critics who panned her performance on the show as "charmless".

Meanwhile, this week's edition of the show is set to feature an audition from one of Harry Styles' ex-girlfriends.