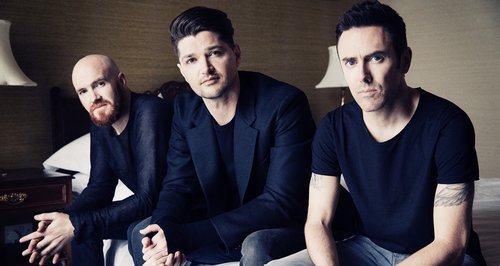 The 'Superheroes' trio will perform at arenas up and down the country from February 2015.

The Script have announced their brand new UK 2015 arena tour dates for next year, fresh from the success of their latest album, and tickets are on sale NOW!

The 'Superheroes' stars launched 'No Sound Without Silence' this month, as well as playing a HUGE set at iTunes Festival 2014, and have no confirmed their long-awaited tour dates.

The Script kick off their new tour on 20th February with a show in Glasgow, before going on to perform at cities including Newcastle, Leeds, Birmingham, Nottingham, Liverpool and Manchester.

The boys will then round off the arena tour with two final shows at London's O2 Arena on 13th and 14th March 2015.

Tickets for The Script's new UK tour dates are on sale right now, and you can purchase them using the link below:

Check out the full dates on The Script's UK 2015 arena tour below:

Tickets for The Script's newly added tour dates are on sale NOW!
You may also like...