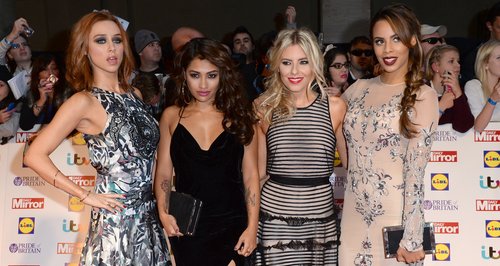 The 'Disco Love' band have confirmed they will be heading back into the recording studio in 2014.

The Saturdays star Una Healy revealed the girl band are planning to record another new album next year while denying rumours the girls plan on going their separate ways.

The 'All Fired Up' singer says there are "no plans" for the grow to split despite many of them starting families, and says all five girls are looking forward to touring and getting back in the recording studio in 2014.

"There are no plans to split," Una confirmed to the Daily Star this week. "We will promote our new album, tour early next year and then go straight back into the studio to record the next record.

"We will be around for as long as the fans want us to be," she confirmed.

The Saturdays release new album 'Living For The Weekend' on 14th October.