The 'All Fired Up' stars talks about matching the success of their first Vodafone Big Top 40 number one.

The Saturdays have said they don't feel the pressure to match the same success as their first Vodafone Big Top 40 number one.

The stars are preparing to release their new single 'Gentleman' and told Digital Spy that they are just excited and not nervous.

"We're not really feeling the pressure with the new single," Mollie King confessed. "It's more excitement. We've had that number one which we wanted so much and now we just hope our music continues to do well."

The singer continued: "Coming off the back of a number one is always going to be tricky, but we all love the song and everyone really seems to be getting behind it. That's the most important thing."

The girls also performed the track during their set at the Summertime Ball 2013 this past weekend. 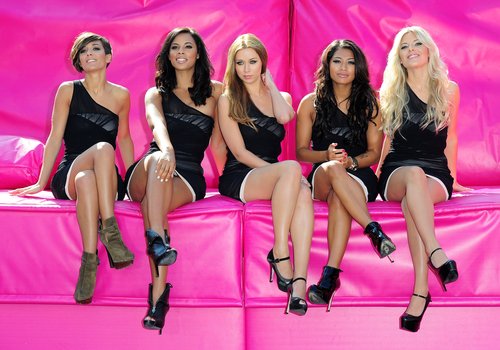 They are also busy working on their forthcoming new studio album, and Frankie Sandford said: "[It's] pretty much done. We think it's going to be out towards the end of the year. We really can't wait for everyone to hear it.

"We've worked with some amazing producers and we're excited to see what the fans think of it."