Pregnant Frankie Sandford exclusively reveals how not all celebs will be "stick thin" during pregnancy.

The Saturdays' star has revealed how she is embracing her changing body, following support from fans on Twitter.

Following in the footsteps of band mates Una Healy and Rochelle Humes, Frankie is the third member of The Saturdays to begin her journey into motherhood.

Since falling pregnant five months ago, the 'All Fired Up' singer's changing figure has been in the spotlight, and she has admitted "there is some pressure" to stay in shape.

However, in a recent interview with Heat magazine, Frankie also exclusively reveals how she has recently received a wave of support from Twitter, with fans commenting on how "amazing" she looks.

Check out a picture of Frankie showing off her baby bump below: (Picture:Flynet) 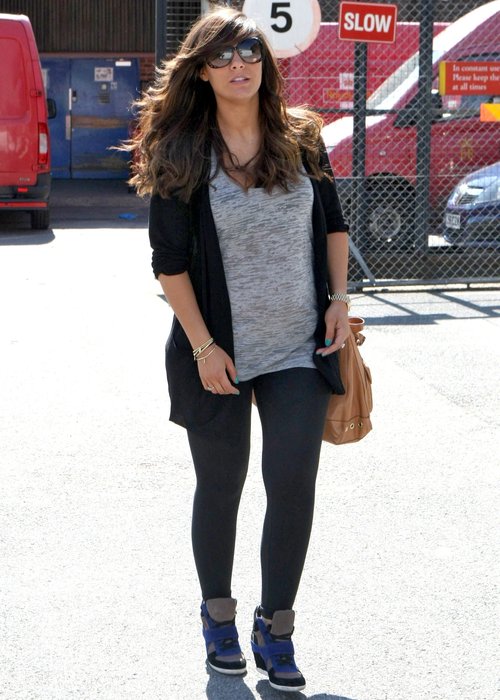 This has encouraged the 24-year old 'Notorious' singer to speak out about her pregnancy curves: "Celebrities are still people – if you're going to get bigger, then you're going to go that way."

The 'All Fired Up’' singer also added that she has started to embrace her pregnancy body, acting as a role model for other pregnant celebs.

"I think it's nice for people to see that not every celebrity is stick thin when they are pregnant."

Despite being well into her pregnancy, Frankie has been busy promoting the band's new single 'Gentleman', which included a performance at the Capital FM Summertime Ball last month.