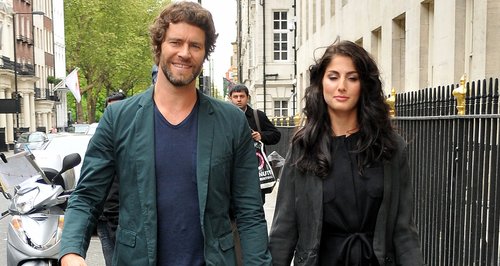 One third of Take That tied the knot last weekend in a secret two day wedding ceremony.

Take That’s Howard Donald is officially a married man after secretly tying the knot with his girlfriend last weekend!

Howard married Katie Halil last Friday with an intimate ceremony for their friends and family and followed the wedding with a huge wedding party on Saturday in the Cotswolds.

But Howard’s still pretty grounded – the guests were treated to champagne and fish and chips and pizza to soak up the booze!

Howard’s bandmates Gary Barlow and Mark Owen attended the party, as well as ex-Take That bandmate Jason Orange, making it one of the first times the whole band had been together since Jason left last year according to The Mirror.

A source told The Mirror, “Jason and Howard have always been the very best of friends and extremely tight. It was like the old days again being together”

"Everyone is so chuffed for Howard and Katie: they make a gorgeous couple.”

Howard and Katie met back in 2008 when Take That shot a Marks and Spencer Christmas advert, but didn’t start dating until 2010.

A guest commented, “Howard looked extremely happy with his bride Katie at his side amongst their guests. There were about 140 people there – it was a kicking do until at least 1.30am”