#CapitalJBB Stars Take That Will Be Streaming Their New Album ‘III’ 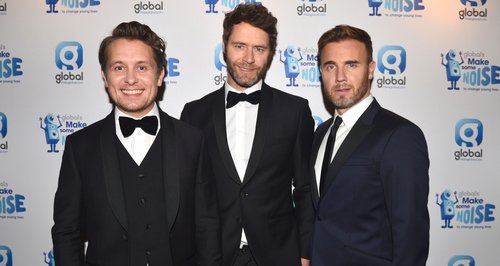 The Jingle Bell Ball stars will be streaming their new album with Google Play Music UK.

Take That are newly reformed as a three-piece, and the Jingle Bell Ball performers have announced that they will be streaming their new album ‘III’ through Google Play for their fans!

Ahead of their Jingle Bell Ball performance on Saturday 6th December, Gary, Mark and Howard will be celebrating their album launch with an intimate launch party in Central London on the 1st December.

A limited number of lucky fans will get the chance to win their way in through social media and get to listen to the whole album as well as a live performance from the band.

Take That said, “We wanted to do something different for this release and are looking forward to seeing it come to life, kicking off with a very special album launch party on Monday for a small number of some of our biggest supporters.”

Throughout the whole of December, fans will be able to exclusively stream a deluxe version of the new and long-awaited album on Google Play Music, featuring three bonus tracks that will not be available anywhere else.

Take That are just one of our INCREDIBLE acts playing the Capital Jingle Bell Ball 2014 with Morrisons on the weekend of the 6th and 7th December, alongside other AMAZING artists like Taylor Swift, 5 Seconds of Summer, OneRepublic, Ed Sheeran and Jessie J.