The dance trio unveil the video for their new single, which features footage from their last ever UK gig.

The video was filmed during the dance trio's final ever concert at Milton Keynes Bowl on 14th July, and features lasers and fireworks.

There are also segments of each band member - Axwell, Steve Angello and Sebastian Ingrosso - talking about their admiration for their UK fans.

Swedish House Mafia announced earlier this year that they planned to split-up as a live act but have promised to continue recording music together. 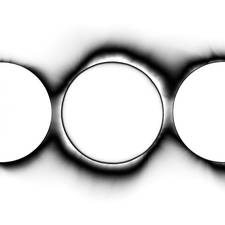