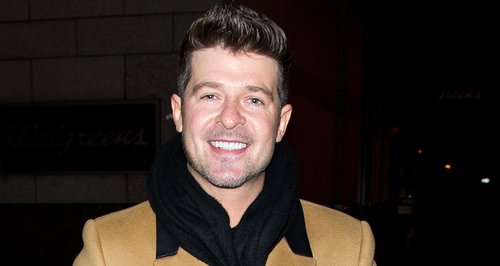 Rumour has it the 'Blurred Lines' star has called his next record after his estranged wife.

Robin Thicke has reportedly decided to name his brand new album 'Paula' in honour of his wife, from whom he separated earlier this year.

The pair called time on their marriage back at the start of 2014, but Robin has made it clear he wants to get back with wife Paula Patton.

He even performed a new song appropriately titled 'Get Her Back' at the Billboard Awards 2014 in May, clearly aimed at the love of his life.

Fresh reports, across Billboard and MTV News claim Robin has now named his upcoming seventh solo album 'Paula', as the next step in his pledge to reunite with the Hollywood actress.

Robin Thicke's album 'Paula' is rumoured for a release on 1st July.

> WATCH: Robin Thicke's 'Get Her Back' Performance.