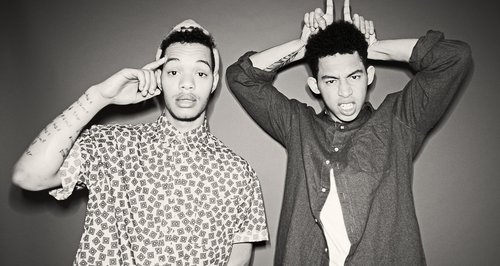 The 'Skip To The Good Bit' duo will start touring the country in February, 2014.

Rizzle Kicks have announced the details of a UK tour, which kicks off at Lincoln's Engine Shed on February 7th, 2014.

The 'Get Down With The Trumpets' duo will end the jaunt at the Brighton Centre on March 7th, with gigs at the likes of Newcastle, Manchester and London in between.

Tickets go on sale Friday 1st November and they're available by calling the Capital FM ticket line on 0330 33 33 123 or by clicking the buy tickets button.

Check out the full list of Rizzle Kicks' UK tour dates below:

Meanwhile, Rizzle Kicks stars Jordan and Harvey recently performed live in Leicester Square for Capital FM and you can watch all the action unfold on Capital TV.