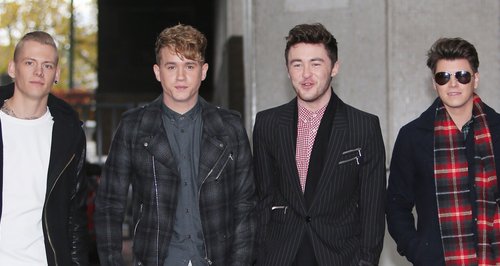 The 'Me And My Broken Heart' band open up about how much they get on with the 'Confident' star.

Rixton won't hear a bad word said about Justin Bieber, and say the 'Boyfriend' superstar is a lovely guy!

The 'Wait On Me' four-piece share the same management as Biebs out in America under Scooter Braun's umbrella, and say they can't say enough nice things about the oft-maligned Canadian superstar.

"We've hung out with Justin loads of times," Rixton's Jake Roche told the Daily Star this week. "We've met a few a*******s over the years and I'd be the first to tell you if he was one, [but] from what we know of him [he's] a lovely guy," band drummer Lewi Morgan explained.

So there you have it! Leave Bieber alone if you want to stay in Rixton's good books!.

Rixton drop their debut studio album 'Let The Road' on 2nd March 2015 and you can pre-order it right here.

The event is now completely SOLD OUT… so you're only way in now… is to WIN!