Pharrell Williams "So Grateful" After Oscars Nomination For 'Happy' 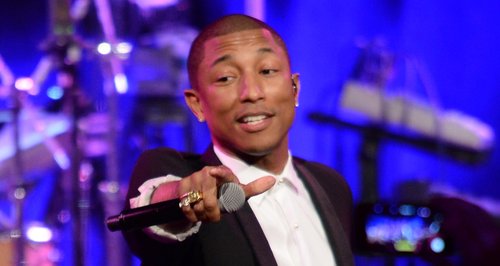 The 'Happy' singer has make a statement after his nomination for an Academy Award this year.

Pharrell Williams has described his newly announced Oscar nomination as a "huge honour", after the news was revealed yesterday (16th January).

The US star's latest single 'Happy', which features on the soundtrack to Despicable Me 2, is up for Best Original Song at the prestigious movie awards show.

Pharrell has expressed his gratitude to the Academy itself, as well as the team who worked on the popular animated sequel.

"I am so grateful to the Academy, this is such a huge honour and surprise," Pharrell said after the news was announced. "I love animated films, I have since I was a kid, and working with Chris Meledandri, the Illumination team and Universal Pictures was one of the most memorable experiences I've ever had.

Pharrell Williams rose back up to number one on the Vodafone Big Top 40 this past Sunday with 'Happy'.