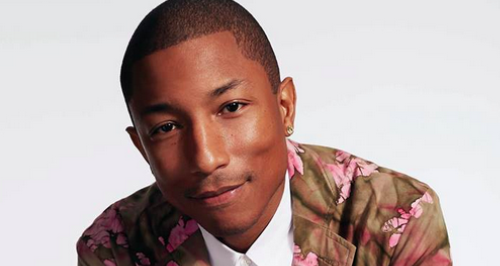 The 'Blurred Lines' singer's current number one lands him a nod for an Academy Award in March.

Pharrell Williams has been nominated for an Academy Award following today's announcement of the stars up for the Oscars this year.

The US singer is up for Best Original Song for his recent hit single 'Happy', which featured on the soundtrack of animated movie Despicable Me 2.

Pharrell's 'Happy' returned to the number one spot on the Vodafone Big Top 40 last Sunday, and has been a chart mainstay ever since its release.

The 'Get Lucky' vocalist's single is up against songs like 'Let It Go' from Disney's new hit Frozen, 'The Moon Song' from HER by Yeah Yeah Yeah's singer Karen O and 'Ordinary Love' from Mandela: Long Walk To Freedom.

Films including American Hustle, The Wolf On Wall Street, Gravity, Her and 12 Years A Slave have all received multiple nominations for this year's Oscars.

The Academy Awards 2014 takes place on 2nd March this year.