Pharrell Williams Pays Tribute To Michael Jackson: "That Man Was A Special One" 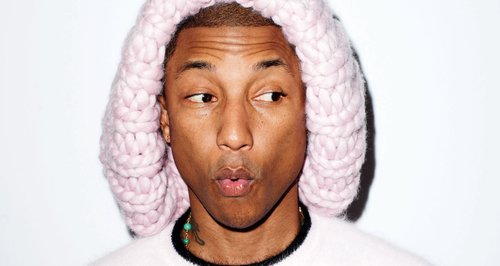 The 'Blurred Lines' singer says Michael taught him about not living with boundaries.

Pharrell Williams has paid emotional tribute to legendary pop star Michael Jackson, saying he was a "special one" who balanced on the "line of genius and insanity".

The US singer, who has returned to the charts this year featuring on hits like 'Get Lucky' and 'Blurred Lines', also says he finds it hard to deal with comparisons of himself to the 'Beat It' singer.

"That's like, incredibly generous and kind and overreaching," Pharrell reveals in the new issue of GQ Style, when asked about comparisons to Michael Jackson. "That's hard for me to process.

"I could never dance like him! He had everything," the N.E.R.D frontman continued. "He was where I realised I can do-ness because he never lived with boundaries.

"I've not met many people like that, who don't perceive parameters," he explained. "Sometimes they go too far and off the deep end, but Michael was teetering on that line of genius and insanity and you've never seen anyone walking that tightrope for so long and he did.

"That man was a special one," he added.

Check out a picture of Pharrell Williams in the new issue of GQ Style below (Credit: Terry Richardson):

Pharrell Williams has recently revealed he is in talks to work with One Direction on their new album, while he has also been working in the studio with Miley Cyrus on her new record 'Bangerz'.