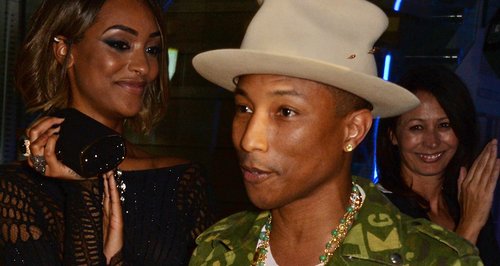 The US star walked away with a HUGE win at the GQ Men Of The Year Awards.

Pharrell is feeling NO pressure to follow-up on the success of 'Happy'… and wants us all to chill out about it!

The US star scored a huge chart hit this year with the number one hit, but says he doesn't even think about the success of the song while working on new material.

Pharrell On Following Up 'Happy'...

"So if you make music because you want to have a great time, then you should be OK," he added, explaining that putting pressure on yourself is not the way to make good music.

The 'Marilyn Monroe' star also opened up about winning Solo Artist at the GQ Men Of The Year Awards 2014 in London this week.

Pharrell On His GQ Awards Win...

"It is a prestigious event and I'm just happy to be included on any level," he added. "It's pretty unbelievable considering the fact that I'm not from here and I never expected any of this." 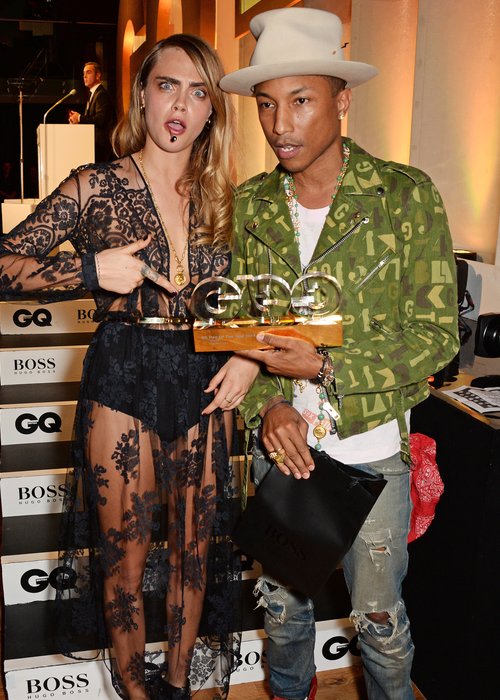 Other big winners at this year's GQ Awards included Jonah Hill for International Man Of The Year, Benedict Cumberbatch for Actor Of The Year, Doctor Who star Peter Capaldi for TV Personality Of The Year and Woman Of The Year for Kim Kardashian.