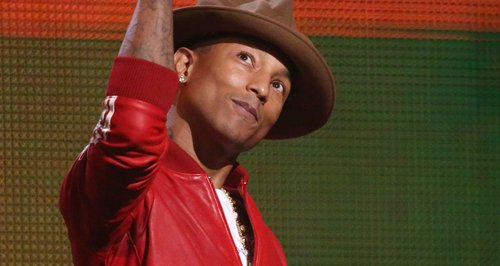 The US star is set to sing live at the Oscars 2014 ceremony at the start of March.

Pharrell Williams has been confirmed to perform live at the Academy Awards 2014 next month, where he is up for the Best Original Song Oscar on the evening itself.

The 'Blurred Lines' guest vocalist will perform his recent Vodafone Big Top 40 smash 'Happy' during the awards show itself, which takes place on Sunday 2nd March.

The US star's performance comes fresh from Pharrell picking up the award for Producer Of The Year at the Grammy Awards 2014 two weeks ago.

Pharrell Williams' 'Happy' is up against 'Let It Go' from Frozen, 'The Moon Song' from Her and 'Ordinary Love' from Mandela: Long Walk To Freedom in the Best Original Song category.