Watch them in action in the full Reincarnation movie from Chanel and Karl Lagerfeld.

Pharrell and Cara Delevingne's epic mini-movie team-up for Chanel has finally arrived, and it doesn't disappoint!

'Happy' star Pharrell and model Cara star opposite each other as period characters in Karl Lagerfeld's Chanel short film 'Reincarnation', which was revealed in full this week.

The film seems to re-imagine the moments leading up to Coco Chanel creating the brand's iconic jacket back in 1954, and the film features an epic dance scene from Pharrell and Cara as they sing along to his song 'CC The World'.

Reincarnation is set to be aired later today at the Paris-Salzburg 2104/2015 Metiers d’Art Collection in Salzburg, Austria. 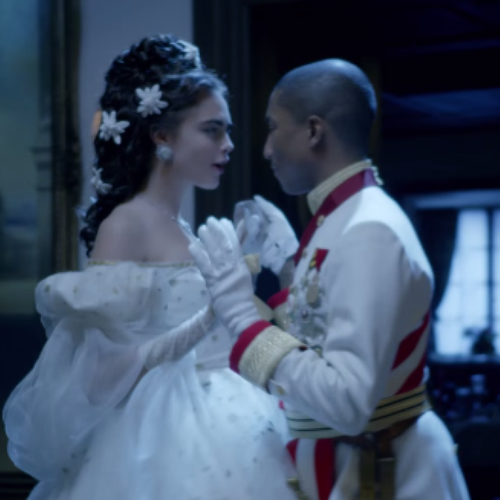 The rumours about Cara starting a singing career have been around for a while, and videos of her singing covers surfaced on Youtube but this is the first time Cara makes her big singing debut.

Karl has said that working with Pharrell was easy and that they listened to “all kinds of Viennese music” to get the right sound. Karl said, “He was easy to work with, very pleasant. He's very professional.”