The track rises to the number one spot making it the group's eight track to do the same.

Maroon 5 are celebrating a new record this week after they tied Pink for most number ones on Billboard's Adult Pop Songs chart.

The band's latest release 'Love Somebody' rose from third spot to the summit giving the band their eight single to achieve the same feat.

Pink broke the record back in May with her track 'Just Give Me A Reason' but will now share the honour with Adam Levine and co.

Katy Perry has charted seven number ones with rockers Nickelback behind on just five. 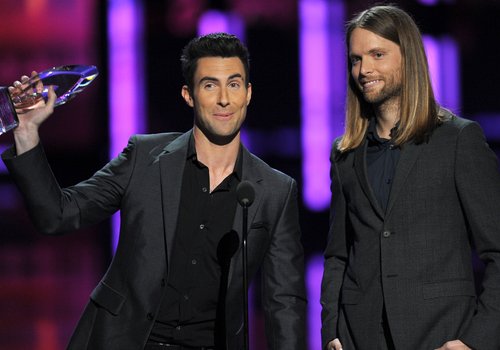 Meanwhile, the band will be back over in the UK at the start of 2014 for their rearranged 'Overexposed' tour dates.