The 'Moves Like Jagger' singer makes Matthew Morrison the first artist on his books.

Maroon 5 front man Adam Levine has announced details of his own record label called '222' and has made Glee actor Matthew Morrison his first signing.

The 'She Will Be Loved' signer said it has always been a long term goal to start his own company and is "thrilled" to be at a point in his career where he can do so.

"Starting my own label has been a long-time goal of mine, and I am thrilled to be at the point in my career where it is finally happening," he said.

Matthew, who is best known for his portrayal of Will Schuester on Glee has already released an album and is pleased to be on board with Adam.

"Adam and I share the same vision as we begin working on my record together," he confessed.

"Great things are in store for [Matthew] with this release," added Adam.

Meanwhile, Adam and Maroon 5 are set to join forces with the reunited Beach Boys on stage at the Grammy Awards this Sunday (12th February) . 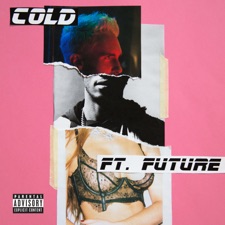