There It Is Adam... Keira Knightley Thinks You're A Hollywood Natural! 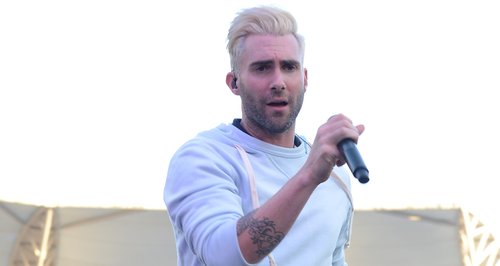 The 'Moves Like Jagger' was was amazing to be around on set, according to his Begin Again co-star.

Adam Levine has arrived… and it sounds like Hollywood is MORE than impressed!

The Maroon 5 frontman makes his film debut in new rom-com Begin Again, and the 'Moves Like Jagger' hunk has been scoring praise from Academy Award nominated star Keira Knightley for his acting chops. Not too shabby Adam!

The singer and Keira star alongside a cast also featuring Mark Ruffalo in the new film, released this month.

"He can act! This is Adam Levine's first acting role in a film I think and he's just sensational," Keira told Capital's showbiz reporter Kevin Hughes this week. "He was really amazing to work with.

"I kept forgetting that he'd never done it before, he was a complete natural," she added.

Maroon 5 have also been having a busy week, returning with their AMAZING new single 'Maps' and dropping their new album 'V' in September.