Oops! Madonna Suffered ANOTHER On-Stage Wardrobe Malfunction Getting Caught In Her Veil

What is it with Madonna and capes?!

Currently undergoing a World tour, the Vogue star was in Thailand when #CapeGate came back to haunt her but in the shape of a wedding veil this time!

It was half way through 'Material Girl' when Madge was covered in the large see-through drape, making her way down the steps out onto the apron and it all suddenly started to go a bit wrong.

Watch the moment Madge was nearly dragged down by her veil!

Madonna relived another almost-scary waldrobe malfunction after her veil got caught on her outfit during her show. pic.twitter.com/OL12gQzKru

Is it just us, or could she have just single-handedly started a new dance trend?!

And can we all agree it's probably best Madonna just stays away from any kind of drapey item?!

That video of Madonna nearly being strangled with a veil she really needs to stay away from veils and capes or anything like them. 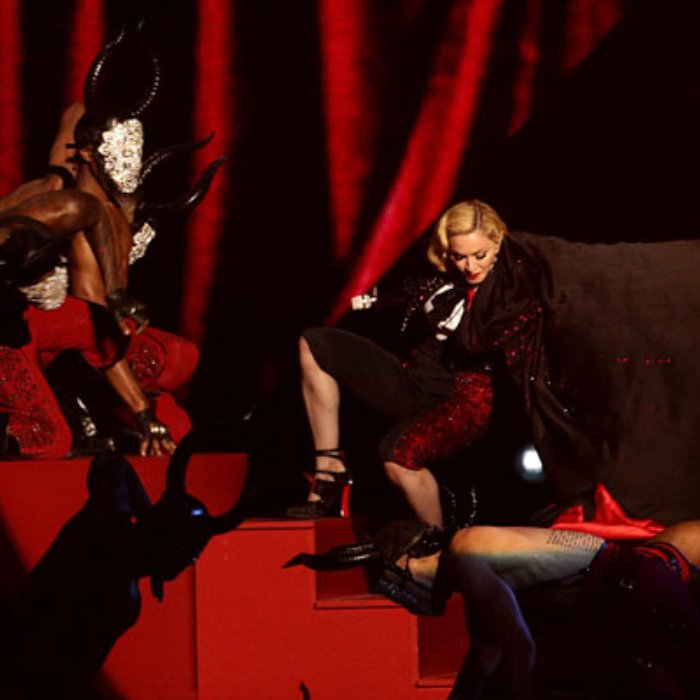