Stop TEASING Us Labrinth! 'Let It Be' Star Talks Recording With Ed Sheeran 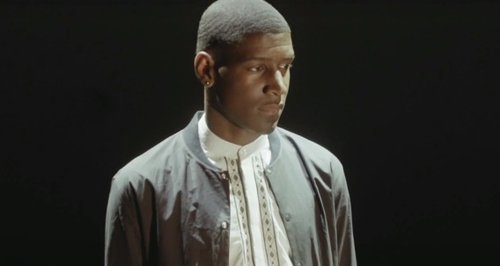 The UK superstar gives Max the inside scoop on when his team-up with Ed Sheeran will arrive.

Labrinth's in a SERIOUSLY teasing mood and says he and Ed Sheeran will have a "great record" together… one day!

The 'Let It Be' star stopped by Capital for a chat with Max where he revealed he and the 'Don't' singer recorded a few tracks together, with plans for more. BUT… that it's not the right time to release them! *Slaps forehead*

"Yeah I think we could make a great record. We have!" Labrinth revealed to Max. "We've made some great records together [but] it's not time yet. It's brewing."

But don't get TOO sad just yet because Lab does have a good reason for waiting. He wants their eventual collaboration to be out of this world!

"I like a real hearty song, so if I was going to make record with Ed Sheeran, I would want people to be like, 'Oh my god that's the best song I've heard in a collaboration," he added. "Instead of, they just jumped together, someone wrote a chorus and that's it. I hate throwaway songs."