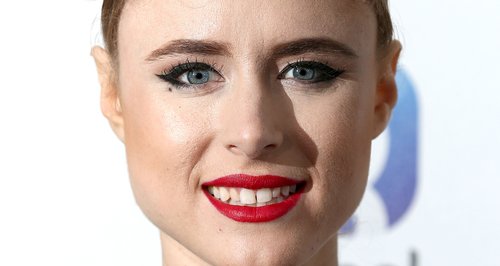 The lady with the silky voice smashed it for her first Summertime Ball performance at Wembley Stadium.

Kiesza has had one of the catchiest songs of the year so far, so you guys couldn't wait to hear her perform it live in front of 80,000 people - and she certainly didn't disappoint!

Announced as one of our Breakers just a week ago, Kiesza's fans were out in force to support her debut Summertime Ball performance - and you guys knew every word!

Plus do NOT miss Capital TV presenters Pandora and Jimmy doing Kieza's 'Hideaway' backstage at Wembley below! #HILARIOUS
Kiesza was super excited to perform in front of 80,000, and kept the fans in the loop every step of the way:

So excited to announce that I'm playing @CapitalOfficial Summertime Ball!!!!! See you at Wembley Stadium!! :-) #CapitalSTB

Kiesza's fan's couldn't wait to catch her performance at Wembley:

@Kiesza @CapitalOfficial going to be amazing!

@Kiesza @CapitalOfficial I really wish I could go now, I love hideaway

@Kiesza @CapitalOfficial yes so excited to see you oooooohhhh ahhhhh that stage baby @akr93 and I are your biggest fans!