The 'Hideaway' video gets a make-over courtesy of reindeer, happy elves and Father Christmas!

It's 'Hideaway'… but not as you know it! Yep… Santa Claus has tried his hand at Kiesza's signature hit of 2014!

Hit play on the video above to watch Santa's attempt at the incredible 'Hideaway' music video as he cavorts with elves, dances with reindeer… and tries it on with Mrs. Claus! 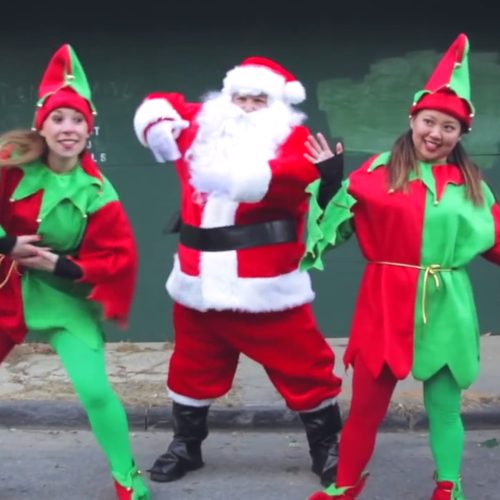