Kiesza Opens Up On 'Hideaway' Success: "It's Really Surreal" 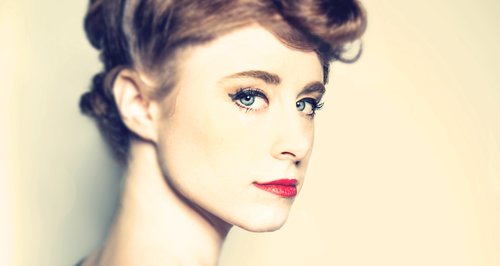 The Canadian singer insists the song's success was unexpected.

Kiesza has opened up about the success of her debut single 'Hideaway'.

The Canadian singer-songwriter admitted that she didn't expect the song to storm the charts as quickly as it did after it hit number one on iTunes less than 24 hours after going on sale.

"It blew up much faster than I ever expected," she told Daily Star. "It’s amazing, it’s really surreal."

Discussing the influences behind the dance track, she explained: "Most influential was Michael Jackson. My mum had all the tapes of his videos.

"Plus music by big divas – dance women with big voices like CeCe Peniston and Robin S."

Kiesza is currently working on her debut album and is reported to have recorded a song with 'Ready For Your Love' duo Gorgon City.

>Who is Kiesza? Six Facts About The 'Hideaway' Singer