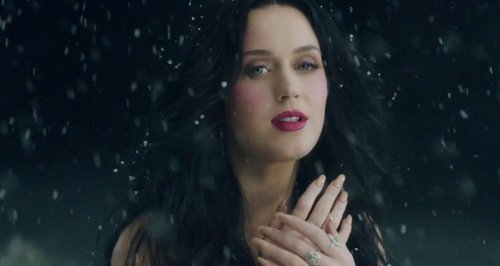 The 'Roar' singer gets dramatic for the second music video from her 2013 album 'Prism'.

Katy Perry strips things back and gets into the festive spirit with her music video for new single 'Unconditionally'.

[[ This video has been removed ]]
Katy Perry - Unconditionally on MUZU.TV.

The video for Katy's second single from 'Prism' opens with the singer performing in a snowy landscape in between scenes of her dancing in a ballroom alongside a host of costumed guests.

The 'Unconditionally' video continues with more and more dramatic dance scenes before showing 'Firework' star glowing in flames and a bed being set on fire, as well as a car crashing into a seemingly invincible Katy Perry.

Katy's unveiling of the brand new music video comes fresh from the announcement of her new 'Prismatic Tour', which arrive in the UK for a show in Belfast on 7th May 2014.