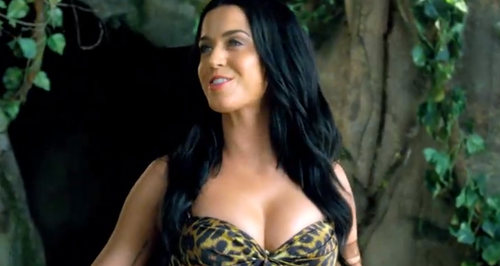 Watch the music video for the first new song to be taken from the star's forthcoming album 'Prism'.

Katy Perry has unveiled the music video for her new single 'Roar' – and you can watch it on Capitalfm.com now.

The track is the first to be taken from the star's much-anticipated forthcoming album 'Prism'.

The "Junglecope" video for 'Roar' sees Katy transformed into a Tarzan-esque character, swinging from treetops high above the jungle.

'Roar' went straight in at number one on the Vodafone Big Top 40 last weekend after its release was brought forward by one week.

'Prism' – Katy's third album after 'One For The Boy's and 'Teenage Dream' – is due to be released on 22nd October.