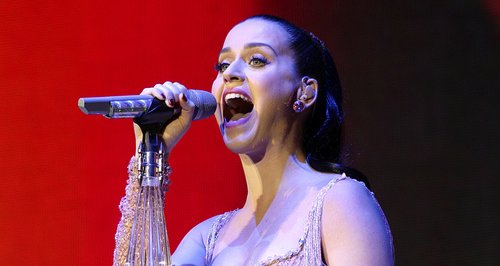 The 'I Kissed A Girl' singer speaks to Capital about taking to the stage at this weekend's huge finale.

Katy Perry has told Capital that she is "honoured" to have been invited back to perform on the final of The X Factor this weekend.

The 'Firework' star will take to the stage on a star-studded line-up, which includes ex-contestants One Direction, The Killers, Tom Odell and Sir Elton John.

Katy Perry Looks Ahead To The X Factor Final 2013

This year's final will se Luke Friend, Sam Bailey and Nicholas McDonald face-off for the title of X Factor 2013 champion.

The finalists will all be performing tracks with either their mentor's or special guests and Katy told Capital's showbiz reporter that is looking forward to seeing so many of her peers at the show.

Her set included performances of new single 'Unconditionally' as well as her Vodafone Big Top 40 number one 'Roar'.