Katy Perry And Russell Brand Hook-Up Denied As Singer Tweets: "Gross! As If"

The 'I Kissed A Girl' singer is believed to have issued a response after stories broke she had "snogged" the comedian.

Katy Perry was rumoured to have been caught "snogging" her ex-husband Russell Brand this week in LA.

The reports were first published by celebrity blogger Perez Hilton who claimed one of his sources had seen the intimate embrace.

The 'Hot N Cold' singer's representatives have since denied the story with Perez also apologizing for his false information.

At the time the stories were emerging, Katy also took to her Twitter account to seemingly hit out.

Meanwhile, the star was seen going make-up free before glamming up for a charity event in LA last night (10th April).

Check out a picture of Katy out in LA going make-up free below: (Flynet) 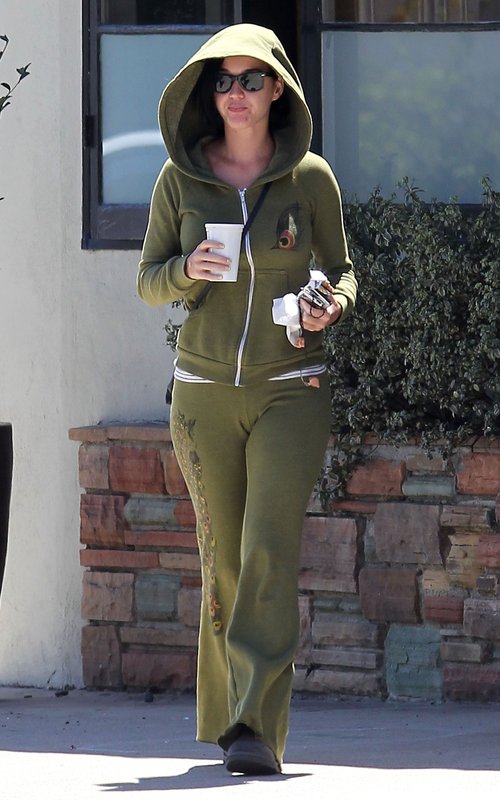 The 'Firework' singer attempted to go under the radar in a green hoodie with matching leggings and sunglasses as she picked up a coffee in a sun-soaked Los Angeles.

The star arrived back from her trip with UNICEF earlier this week and was snapped wearing a bright purple outfit.

heck out a picture of Katy at the Children's Defense Fund charity event below: 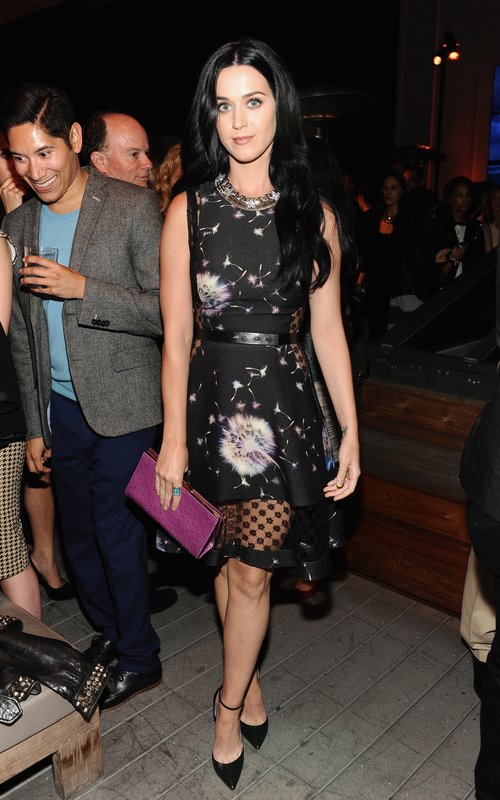 The pair got together shortly after Katy's divorce from Russell Brand was finalised.