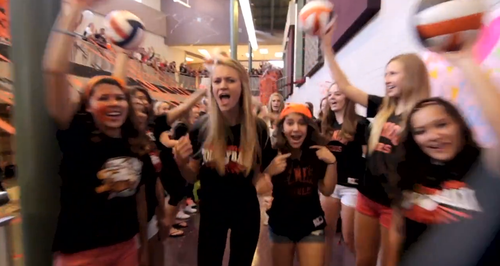 The 'Firework' singer tweets out a link to the clip after being impressed with the effort of the students.

A US high school has performed their own version of Katy Perry's 'Roar' music video.

Students of Lakewood High in Colarado performed a one-take rendition of the promo, with references to the original promo.

The version impressed Katy so much she tweeted out a link to the clip yesterday (25th September) and was full of praise for the efforts of those involved.

She wrote: "Oh my GAWD. Now this is what I call school SPIRIT: I hear you roaring LAKEWOOD HIGH!"

Check out the high school's version of the song below:

Meanwhile, Katy is preparing for the release of her new album 'Prism' and heads to London to close the iTunes Festival 2013 at the end of the month.