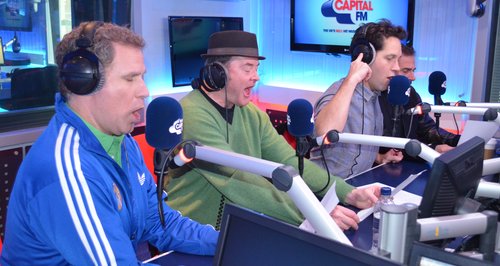 The cast of new movie The Anchorman 2 stopped by Capital this week and delivered a special cover of Katy Perry's 'Roar'.

The track hit the top of the Vodafone Big Top 40 when it was released earlier this year and was performed by Will Ferrell, David Koechner, Steve Carell and Paul Rudd in the Capital studio.

The actor's are once again back as Ron Burgundy, Champ Kind, Brian Fantana and Brick Tamland in the sequel to the hit 2004 movie.

The Hollywood stars famously sing 'Afternoon Delight' in the movie and decided to take on one of Katy's biggest hits.

The Anchorman 2 is released in cinemas today (18th December).