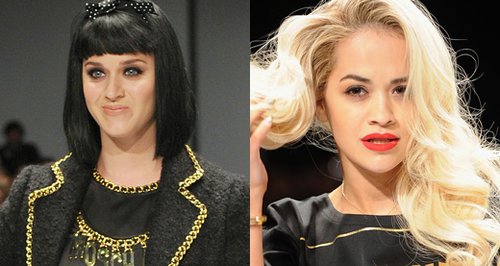 The two pop stars flew out to the fashion event just hours after their appearances at the BRITs.

Rita Ora and Katy Perry wasted no time in recovering from the BRIT Awards 2014 yesterday (20th February), jetting straight out to Italy for Milan Fashion Week to strut their stuff down the catwalk.

Both 'R.I.P.' star Rita and 'Dark Horse' singer Katy were on hand for Jeremy Scott's first collection for Moschino as the label's new creative director, and both stars walked down the catwalk in some of his designs to take their seats on the front row. 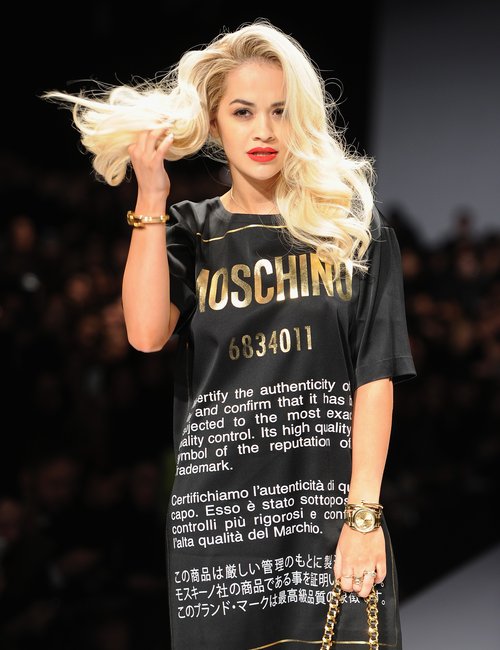 Rita opted for a simple black and gold t-shirt while Katy smartened up in a black dress and matching coat from the collection. 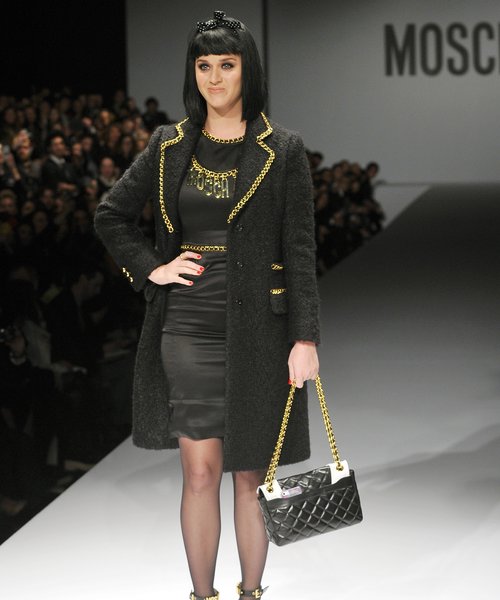 The stars and designer Jeremy were later spotted enjoying a private dinner to celebrate the launch when they ate out at Arengario restaurant in Milan. 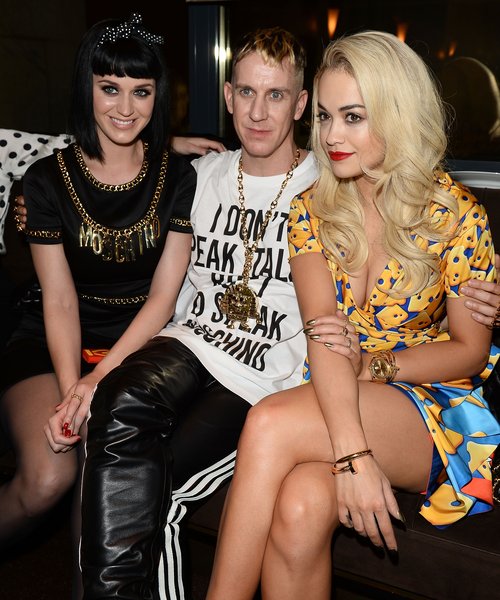 Rita Ora and boyfriend Calvin Harris walked the red carpet together at the BRITs this week, before flying out to Italy together.