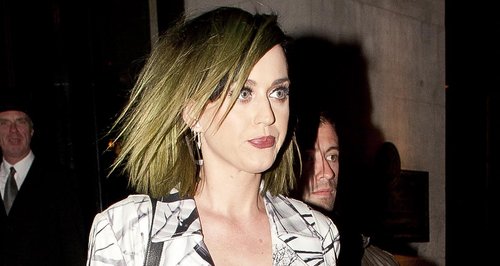 The 'Firework' singer also opens up on feeling 'adopted" when she visits the UK capital.

Katy Perry has warned her fans to expect "hugeness" as she brings her 'Prismatic' world tour to London this week.

The 'Roar' star performed the first of four shows at London's O2 Arena on the final part of her UK tour leg last night (27th May), and has also opened up exclusively to Capital about feeling "adopting" by the British public.

"[Expect] hugeness! Because I only ever did one, last time I was here," Katy told Capital's showbiz reporter Kevin Hughes. "I'm thrilled to be able to come back and play it a few more times.

"I love London and I feel very adopted here," she explained. "There's so many different shops, and little gorgeous things that I get to pick up along the way here."

Katy Perry is set to bring the UK leg of the 'Prismatic' world tour to a close with a string of three more O2 Arena shows, ending on 31st May.