The 'Hot N Cold' star had fans choose between two tracks for her next 'Prism' release.

Katy Perry has announced that she will be unveiling new song 'Dark Horse' as the next release from her new album 'Prism'.

The 'I Kissed A Girl' singer's fans helped decide the track after picking between two possible candidates during a Pepsi campaign.

Taking to Twitter however, she informed her followers that the new song will not act as her new second single.

She wrote: "Again, Dark Horse ft @therealjuicyj is just a PREVIEW of #PRISM when released on Sept 17, NOT the 2nd single."

Check out a picture of Katy's performance at the MTV VMAs 2013 this past weekend below: 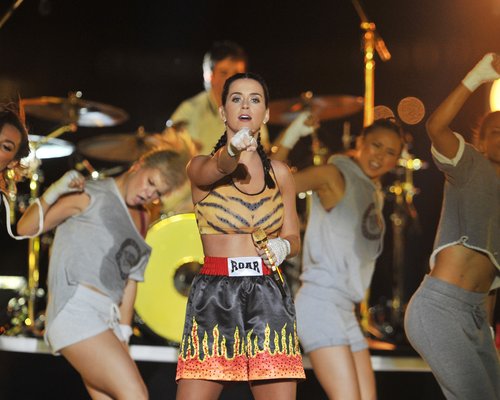 The star is currently preparing to release her latest track 'Roar' in the UK next month and will head across to London for the iTunes Festival 2013.

This week, Katy also posted a teaser trailer for the music video to her latest track.