Is Katy Perry Planning To Leave Pop Behind? Check Out Her Plans For An Acoustic Album! 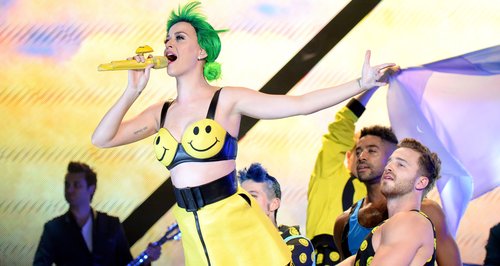 The 'Unapologetic' star wants a drastic change of direction for her music on a future record.

Katy Perry's got an ace up her sleeve…. and she's planning a VERY different sort of new album in the future!

The 'Roar' star dropped the bombshell this week that one day she wants to drop the bubblegum pop in favour of a completely acoustic album. And we TOTALLY reckon Katy could pull it off!

"I want to do an acoustic record and do a tour that's all theatres and just have my acoustic guitar and my Telecaster," Katy then excitingly revealed. "I'm waiting to play that ace in a couple of years and it will be so exciting.

"Because I know I've had that up my sleeve for so long. I don't have to prove anything to anyone because I know who I am," the US star added.

Count us in Katy… if it's just you and an acoustic guitar we'll DEFINITELY be there in the crowd with bells on!

> PLUS… Did You Know Katy Perry Has MAGICAL POWERS? No… Seriously!