The 'I Kissed A Girl' singer talks about working with the 'Wrecking Ball' star in the future.

Katy Perry has been teasing plans to work with fellow female superstar Miley Cyrus and hailed the singer's voice as "incredible".

The 'Hot N Cold' singer was asked by E! News if she would like to team-up with the 'We Can't Stop' star in the future.

"I don't know... maybe... she's got an incredible voice," she told the reporter.

"I have heard her sing 'Wrecking Ball' before that single came out and I tweeted about it a long time ago - before it even came out - and I was just so excited about it for her," she added. "She's got a set of pipes that are incredible." 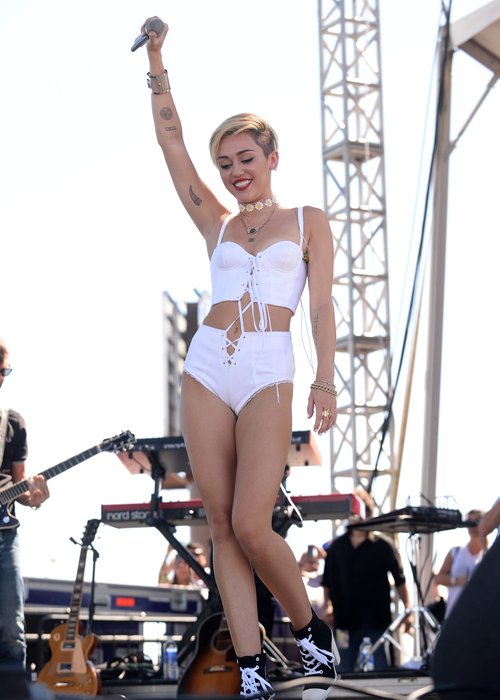 Both stars were performing at the iHeart Radio Festival 2013 over the weekend.

The pair are also both preparing for the release of new albums with Katy readying 'Prism' and Miley with 'Bangerz'.