The 'Firework' singer was seen being escorted by a friend as she was pictured at LAX Airport.

Katy Perry was pictured wearing a bright purple outfit as she arrived back to Los Angeles following her charity trip to Madagascar.

The 'I Kissed A Girl' singer spent time in the country as part of her UNICEF visit and spent time with local nutrition workers as well as school children in the area.

Speaking about her visit, she admitted it was completely "eye-opening" and a truly life-affirming trip.

"An education is an incredible opportunity here," she said. "'I visited a very remote community, where children and teachers walk for 45 minutes just to get to school.

"This is a testament to how appreciative they are about their education."

Check out a picture of Katy Perry returning from her UNICEF trip to Madagascar below: (Picture: Goff) 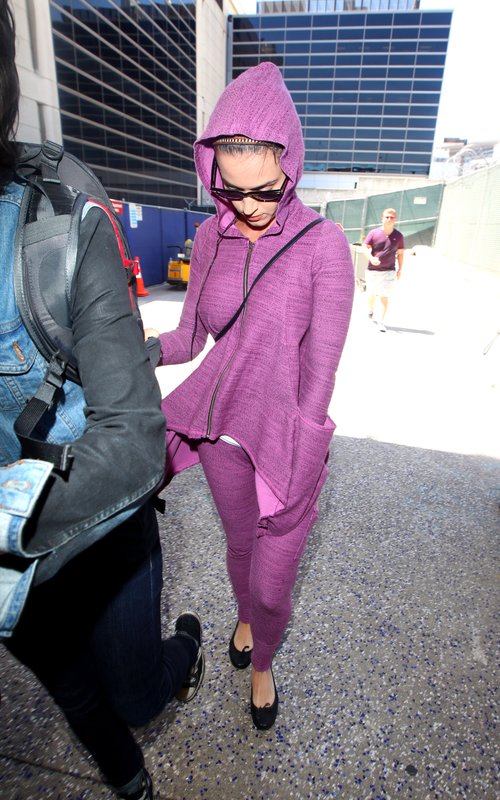 The singer's trip came shortly after it was announced she had split from musician John Mayer.

The pair ended a seven month romance – initially getting together shortly after her divorce from Russell Brand was finalised.