The 'I Kissed A Girl' singer was pictured wearing a heart-shaped ring this week.

Katy Perry has sparked rumours she's got engaged to her boyfriend John Mayer after she was pictured out on Valentines Day wearing a heart-shaped ring.

The 'Part Of Me' singer started dating the blues-pop musician last summer – shortly after she finalised her divorce from comedian Russell Brand.

She was also rumoured to have been wearing a similar ring at last weekend's Grammy Awards 2013 ceremony.

John recently admitted the relationship felt like something he'd never experience before.

Check out a picture of John and Katy out on Valentine's Day this week below: (Picture: Splash) 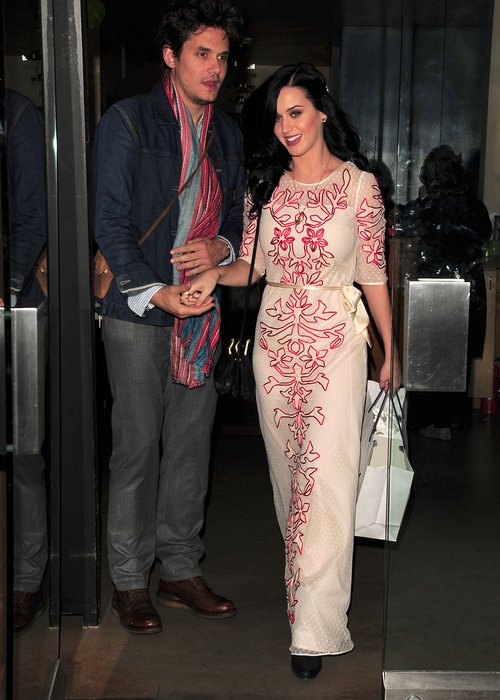 "I know it is high profile. It's hard to explain... For me it feels like something that's very human."

Meanwhile, the 'Hot N Cold' singer's ex Rusell brand recently weighed in on the couple's romance calling John a "worse womanizer" than himself and praised his former wife as being "perfect".