John Mayer On New Katy Perry Duet 'Who You Love': "It's Not A Gimmick" 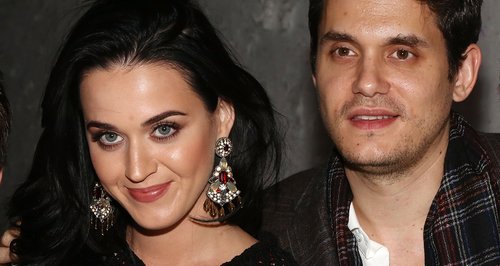 The US singer-songwriter says he hopes his team-up with Katy will prove nay-sayers wrong.

John Mayer has denied claims his new duet with Katy Perry is just a "gimmick" while revealing it is more about a "confessional" for himself realising that he can't be alone.

The 'Your Body Is A Wonderland' singer returned this week with new album 'Paradise Valley', which has received huge attention for his duet 'Who You Love' with real-life girlfriend Katy Perry.

"When you first read the reports about ['Who You Love'] you'll think that it's a gimmick," he told Billboard this week. "I love a good challenge and that's certainly one.

"But the hope is you hear it once because of the curiosity and then you go, 'Wow, I really like that. I could find a place for hearing that a lot more'," John explained, before claiming he has never tried to be a pop song chart-topped. "The thing I love about my career the most is it's not an attempt to be a blockbuster."

While discussing his team-up with 'Roar' singer Katy, John previously explained that the song is about not choosing who you fall in love with.

"I kicked around this song about, you love who you love," he explained. "It's also a confessional for myself. I tried to be alone and I can't."