Katy Perry And John Mayer Back Together For Third Time? 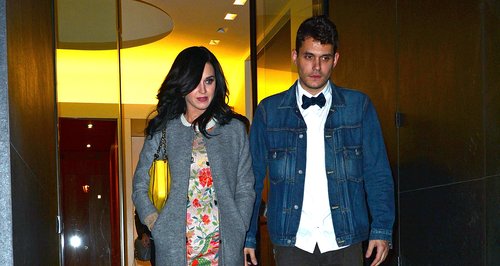 The former couple are said to be "just hanging out" and don't want to put a label on their apparent new relationship.

Katy Perry and John Mayer are reportedly once again back together for the third time.

The pair have enjoyed brief romances in the past, most recently since summer 2012 after the female singer finalised her divorce from Russell Brand.

"They are just hanging out," a source revealed to E! News. "They are not putting a label on it."

It's claimed the pair have been seen on several nights out over the weekend and were recently said to be cosying up together at a barbecue.

The couple split earlier this year after John confirmed the news during an interview on the Ellen DeGeneres show.

Meanwhile, the female star is busy working on her new album and was also linked with Hollywood actor Gerard Butler recently.