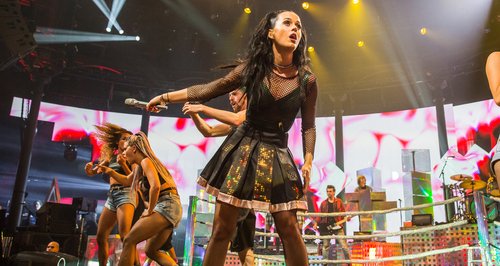 The US star debuted tracks 'Walking On Air' and 'By The Grace Of God' at the Roundhouse in London last night.

The 'Hot N Cold' singer took to the stage for the final night of the month-long series of gigs and opened with her first live performance of new song 'Walking On Air'.

She also debuted new album 'Prism' track 'By The Grace Of God' as well as some classics.

The US star gave a live outing of the Snoop Doog featuring 'California Gurls', 'Wide Awake' and 'Teenage Dream'.

Her set ended with a performance of her Vodafone Big Top 40 number one single 'Roar'. 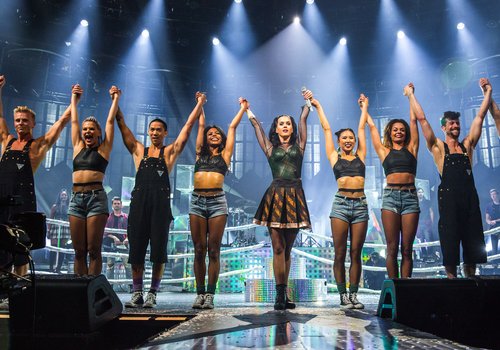 Check out Katy Perry's full set list from the iTunes Festival 2013 below:

This year's event was opened by Lady Gaga and featured performance from such stars as Justin Timberlake, Jessie J, Tinie Tempah and Dizzee Rascal.