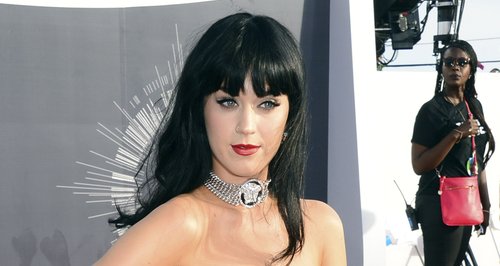 The 'This Is How We Do' star gets brutally honest about why she's no longer with her former flames.

Katy Perry knows it's tough being the "boss lady"… and is sick of men being intimidated by her!

The 'Unconditionally' superstar has opened up on her past relationships and why they ended, admitting that previous loves often felt threatened by her.

Katy ALSO spoke about why she's focusing on herself first and foremost right now, after splitting from ex-boyfriend John Mayer at the start of the year. You go, girl!

"What I've learned is that if you don't have the foundation of self-love first, you really have nowhere to pull love from to give it away," Katy tells Harper's Bazaar in their October issue. "I had to learn about taking care of myself before I could take care of others.

"I want to mommy everyone, I want to take care of them. I want to save them, and I forget myself in the meantime," she explained. "I learned that through therapy.

"A lot of times I've ended up with people who have been intimidated by me, unfortunately," Katy laments. "They say they're not but it comes out in the long run, they're threatened or there's resentment because they don't know how to hand it.

"Sometimes it's tough being a 'boss lady', I'm looking for someone who's inspired and could be inspiring with me," she aded.

Katy may be a self-confessed "boss lady"… but we wouldn't have it any other way! How about you, Katycats?

PLUS… for future reference, fellas, Katy lists a sense of humour, a love of music and a BIG vocabulary as the main things she looks for in a man!

LISTEN: Katy Perry's AMAZING 'This Is How We Do' Remix With Riff Raff