Katy Perry Teases 2014 World Tour Plans: "It Will Be A Feast For Your Eyes" 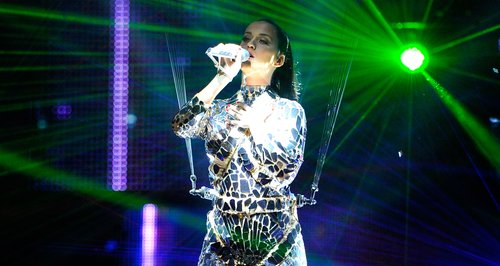 The 'Firework' star told fans that she will be heading out on the road next year to promote new album 'Prism'.

Katy Perry has given fans a teaser of what they can expect on her 2014 world tour.

During her acceptance speech for Best Female at the MTV EMAs 2013, the US star said she couldn't wait to see everyone on the road next year.
Speaking backstage at the event, she also told MTV News a little bit more about what's in store.

[It will be] less cartoony but just as dynamic as always," she explained said. "And it will be a feast for your eyes and for your Instagram."

Katy was one of the standout performers at the show in Amsterdam this weekend and told Capital how the performance was a reflection of her intentions in her music.

Meanwhile, Katy will be in the UK next month for Capital FM's Jingle Bell Ball 2013.

Performing on Saturday 7th December, she will also be joined by the likes of Tinie Tempah, Olly Murs and Union J.