The 'SexyBack' singer tells Capital that he wouldn't "have the heart" to tell a contestant they're no good.

Justin Timberlake has ruled himself out of ever becoming a judge on a talent show such as The X Factor.

The 'Cry Me A River' singer told Capital FM that he doesn't think he'd be ruthless enough to tell the contestants on those reality shows the truth.

"I could never do that. I'd feel too bad, you know, to tell someone no," he confessed. "And it's obvious when someone's not good. But I just don't have the heart [to do it]."

The star was questioned on whether he would consider appearing on the US version of show following the news that Britney Spears would be stepping down after one season.

The X Factor UK is also rumoured to be having a shake-up with the judges after rumours circulated this month that Tulisa would be axed from the show. 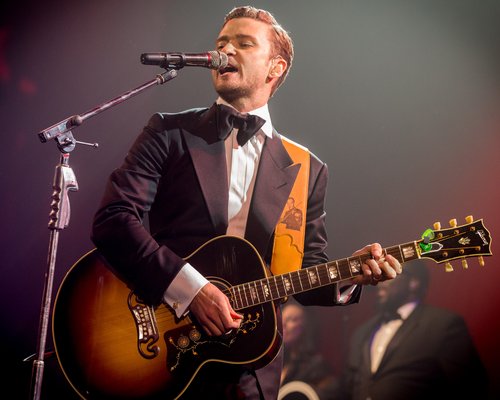 Meanwhile, Justin is currently busy preparing for the release of his new album 'The 20/20 Experience' next month and recently performed at the BRIT Awards 2013.

Listen to Justin Timberlake speaking to Capital FM about The X Factor below:

He also performed a headline solo show at the Forum in Kentish Town shortly after the BRITs – showcasing tracks from his third record.

Justin Timberlake's new album 'The 20/20 Experience' will be released on 18th March.