The 'Suit & Tie' star wowed fans with a surprise performance at this year's event in Austin.

Justin Timberlake made a surprise appearance at the SXSW Festival 2013 this weekend.

The 'Cry Me A River' star's performance came during a secret Myspace showcase on Saturday night (16th March).

The US star debuted new material from his latest album 'The 20/20 Experience' at the show in Austin as well as classics such as 'Senorita' and 'What Goes Around'.

The star opted for a less casual appearance than his display of fine tuxedos as he wore a fedora hat and a t-shirt reminiscent of a suit and tie – a nod to his recent hit single.

The performance came the night after he wrapped a week long set of appearances on the Jimmy Fallon show. 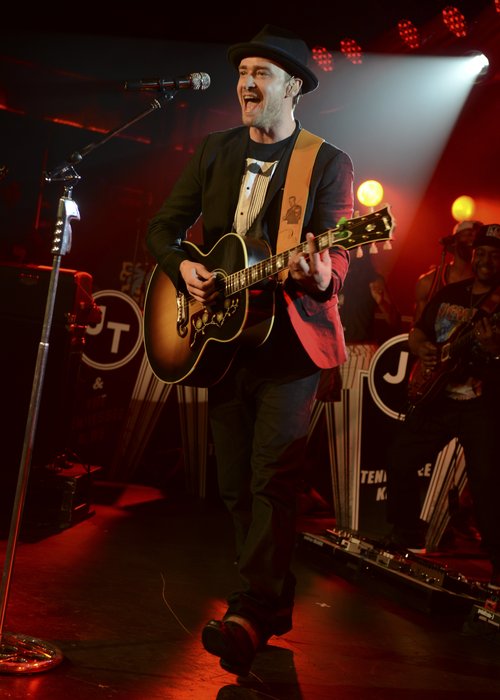 Last week he was seen in sketches making fun of his N*Sync bandmates with Steve Carrell as well as performing a barbershop quartet version of his single 'SexyBack'.

Justin Timberlake's new album 'The 20/20 Experience' is released today (18th March) and you can check out Capital's full track by track guide to the record here.