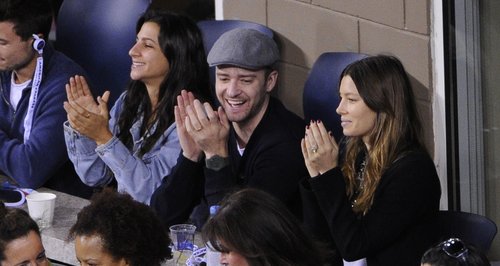 The 'SexyBack' star was watching in the crowd alongside wife Jessica Biel at Flushing Meadows last night.

Justin Timberlake has taken to his Twitter account to offer his congratulations to tennis ace Rafael Nadal following the climax of the US Open.

The 'Cry Me A River' singer was in the crowd with wife Jessica Biel to watch the epic encounter between the two tennis stars.

The couple weren't the only famous faces in the crowd as Hollywood star Leonardo DiCaprio, Jessica Alba and David Beckham were all watching on.

Congrats to Rafael Nadal! He threw it down tonight! #USOPEN2013

Meanwhile, Justin is gearing up for the release of his new album 'The 20/20 Experience 2 Of 2' this month.

He will also be heading to the Roundhouse in Camden, London for the iTunes Festival 2013.