The 'Mirrors' singer was in attendance at the opening of the movie event to talk about his new film Spinning Gold.

Justin Timberlake was seen showing off his new hairstyle as he headed to Cannes Film Festival 2013 yesterday (15th may).

The 'Cry Me A River' singer was in attendance for the annual event to honour his new movie Spinning Gold.

The singer-actor plays the part of Neil Bogart in the film – who was founder of Casablanca Records.

Justin was joined by Neil's Timothy Scott Bogart, and producer Mark Damon for the showcase.

The film was snapped up by Sony Pictures Worldwide and Damon said it was great to be working with their new partners. 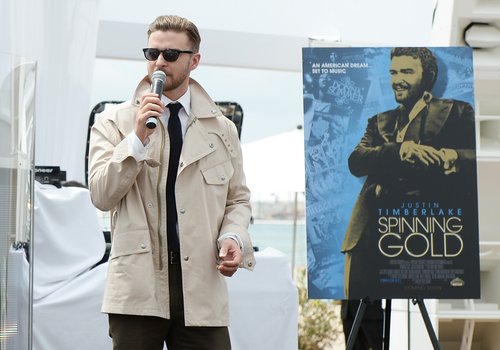 "We are delighted to be working together again on what is going to be a music extravaganza of a film," he said.

Meanwhile, the 'SexyBack' star will be heading to the UK next month for Capital FM's Summertime Ball 2013.

The star will be the special guest host of the event which features performances from the likes of Robbie Williams, Taylor Swift and Lawson.