The 'Mirrors' star speaks to Capital about forthcoming record 'The 20/20 Experience 2 of 2'.

Justin Timberlake thinks his new album 'The 20/20 Experience 2 Of 2' is perfect for "ass shaking".

The 'Cry Me A River' singer told Capital FM that he "loves" his upcoming record and admitted he probably prefers it to March's 'The 20/20 Experience'.

"I would describe it as darker, maybe a little bit more dance-friendly, a little more ass shaking – we all like a good ass shaking," he explained.

Justin also spoke about the features included on the record and spoke a little more about his third Jay-Z collaboration of the year.

"On the second half there's another feature with Jay-Z, which funnily enough, was the first feature we did together – before 'Suit & Tie' or 'Holy Grail'," he added. 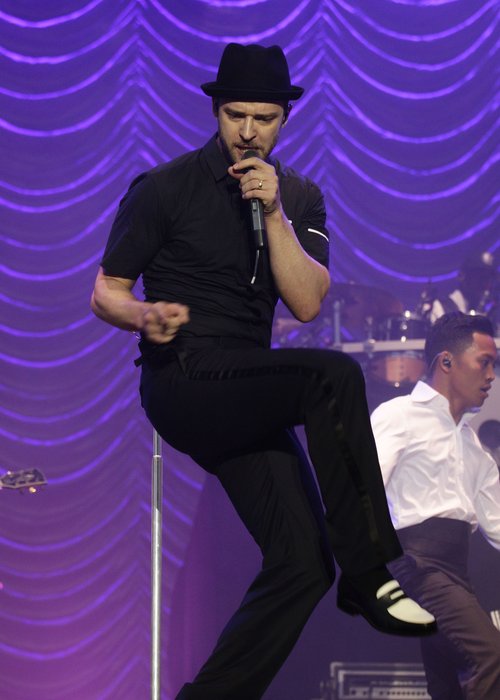 "I actually really love, love, love the second half – maybe more than the first."

Listen to Justin Timberlake talking to Capital's Kevin Hughes about his new album 'The 20/20 Experience 2 Of 2' below:

Justin Timberlake talks about his new album to Capital FM

The album is released tomorrow (30th September) and Justin performs at the iTunes Festival 2013 tonight.

The event will be closed by Katy Perry, Icona Pop and Iggy Azalea.