Justin Timberlake, Jay-Z, Nas And Timbaland Pictured Working Together In The Studio 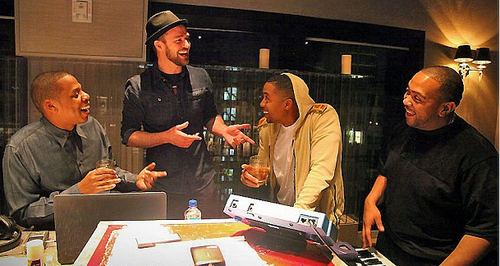 The four artists were all captured joking around together fueling speculation of a new team-up.

Justin Timberlake, Jay-Z, Nas and Timbaland have all been pictured together in the studio fueling speculation of a new collaboration between the artists.

The image was captured by Lenny Santiago who is A&R director with Roc-a-fella and captioned with a "rat pack" post.

It also comes on the same day a shot was posted of Justin alongside Pharrell Williams in the studio.

Meanwhile, Jay and the 'Cry Me A River' singer will shortly be heading out on their 'Legends Of The Summer' world tour. 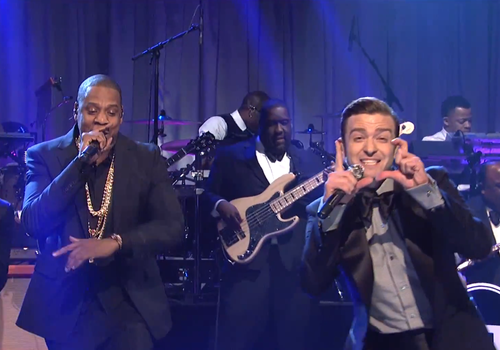 Justin is also set to embark on his own solo outing at the end of the year to coincide with the release of his new studio album and the follow-up to March's 'The 20/20 Experience'.

Also, the US star is set to head to Capital FM's Summertime Ball 2013 this weekend to host the event live from Wembley Stadium.