The 'Cry Me A River' star will reportedly play one of the key parts in the upcoming Hollywood movie.

Justin Timberlake is apparently being lined-up to appear as Oliver 'Daddy' Warbuck in the remake of the classic film Annie, according to the New York Post.

The film is being produced by Jay-Z and Will Smith and would see the 'SexyBack' star playing the man who adopts the titular character.

The movie is being directed by Will Gluck – who previously teamed with the 'Suit & Tie' star for Friends With Benefits.

Justin is also set to appear in the upcoming new Coen Brothers film Inside Llewellyn Davis.

Speaking to Capital about the film last month, the singer revealed that he had collaborated with Marcus Mumford on the soundtrack for the movie. 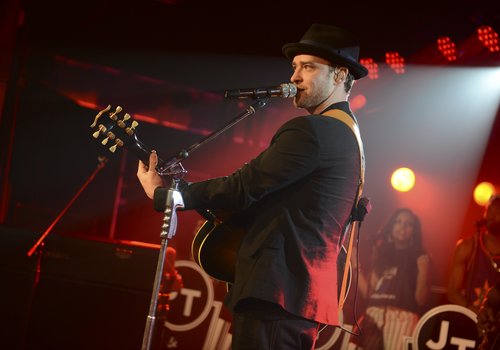 Meanwhile, the former N*Sync star confirmed at last night's album launch party for his new record 'The 20/20 Experience' that he would be releasing a second volume of the album at a later date.

He will also be taking to the stage alongside Jay-Z this summer for a new collaborative tour – which includes a headline set at the Wireless Festival 2013.